Gene therapy in humans is the transfer of genetic material to an individual with therapeutic purposes. The development of the gene therapy in the last 30 years has been a complicated path and full of challenges, accumulating a high number of negative results. Nevertheless, the advance in research and the development of new alternatives have made that currently gene therapy occupies a central position in the pharmaceutical market

Gene therapy aims to mitigate a disease that does not respond or partially responds to pharmaceutical therapy treatments and to do so genetic engineering methods are used that manage to replace the gene causing the disease with a healthy copy of a gene, or else inactivate the gene that causes the disease that does not function correctly or introduce a new gene or modify it  in the body in order to help treat a disease. Currently gene therapy is involved in the therapeutic approach of a broad spectrum of diseases that ranges from rare diseases to cancer or infectious diseases such as Covid-19.

Since August of 2019, 22 medications have been approved for gene therapy by the National Regulatory Agencies of various countries, and, according to the data at clinicaltrial.gov, currently there are over 3.700 active gene therapy clinical trials in over 200 countries. Most of the studies are focused on cancer and genetic and immunological disorders.

Somatic gene therapy strategies fall under 2 categories, in vivo gene therapy is produced when the genetic modification of the individual’s cells takes place inside of the body and ex vivo gene therapy when the genetic modification of the cells is produced outside of the individual’s body and subsequently are inserted in the patient (Figure 1). Gene therapy is carried out through different strategies and the selection of one or the other strategy shall depend on the objective that is desired to be achieved.

The inhibition strategy consists in blocking the gene expression that could result in being toxic for the organism. This strategy is extremely useful with diseases that have an inadequate genetic activity such as cancer (inhibition of oncogene expression, inhibition of neovascularization, etc.) or genetically transmitted diseases in which the damage is caused by the expression of a gene that should be silenced or expressed less intensively. The substitution strategy is carried out when the objective is to replace a defective gene with a normal copy of itself. This strategy is key for the treatment of rare monogenetic diseases in which the cause of the disease is a defective gene that must be replaced with a copy of a normal gene of itself. And finally the introduction of genetic material which allows the cell to synthetize a protein that has a new therapeutic effect. This strategy is needed when the objective is to impede the replication of a virus, in these cases a new gene can be introduced that presents an obstacle for viral replication or in vaccination strategies that allow immunization upon introducing a viral antigen.

To carry out the transference of genetic material to an individual the use of vectors is needed. Vectors are systems that aid in the process of transferring exogenous genetic material into the target cell. Vectors can be of 3 types: viral, non-viral and combined.

The non-viral methods using chemical and physical systems for the introduction of genetic material in the cells, are cheaper methods and easy to produce, they are safer, but less efficient than the viral vectors and include some techniques such as liposomes, electroporation, or microinjection.

The viral methods use viruses to transport the genetic material to the interior of the cells. The primary advantages of this type of vectors are that it is a more efficient method and it can insert a larger quantity of genetic material and can transduce a large number of viral particles, but they present security drawbacks such as possible insertional mutations and the individual’s immunological responses. The most used viruses are the adenoviruses, adeno-associated viruses, retroviruses, lentiviruses, and poxviruses.

The combined methods consist in using genetically enhanced viruses, with certain modifications that make them lack the associated limitations of the process’s security and thus generating modified viruses with low infection rates, low or no replication capacity and without the possibility to recombine with the genetic material of the host cell.

What are the applications of gene therapy?

The application of gene therapy towards cancer has opened a range of possible therapeutic targets to fight tumors. The strategies for gene therapy for the treatment of cancer are very varied: stimulation of the immune system’s natural protection. For instance: GVAX is a vaccine generated from autologous tumor cells modified with the goal to stimulate granulocyte and macrophage colonies (GM-CSF), it is used in lung and prostate cancer. In patients that have a malignant melanoma IL-24 has been used to enhance the immune system’s response to the tumor or the TRICOM vaccines that also contain immunostimulant genes inserted in the virus vaccines or the avian smallpox virus, or the modification of T-lymphocytes to directly attach tumor cells (CAR-T). Other strategies such as the destruction of tumor cells, inhibition of oncogene expression or activation of tumor suppressor gene expression (such as p53) have also been applied in patients with cancer.

The gene therapy strategy for the treatment of infectious diseases is based on the insertion of genes which allow the inhibition of the infectious agent or in the generation of vaccines that prevent the infection, such as in the case of the vaccines against the new coronavirus SARS-COV-2, most of the vaccines against SARS-COV-2 currently approved are designed using gene therapy strategies. Human Papillomavirus (HPV) can be treated through the generation of immortalized keratinocytes through the transfection of HPV genetic material to primary human keratinocytes. For the hepatitis B virus, a gene therapy strategy has been assessed based on the use of antisense oligonucleotides against the surface antigen gene (HBsAg), inhibiting its expression, and consequently inhibiting the virus’s replication.

Gene therapy has opened a door towards the hope in  treatment for neurodegenerative diseases as complicated such as Alzheimer´s and Parkinson’s disease. There is  Scientific evidence to believe that gene therapy can provide therapeutic benefits to people that suffer from these pathologies. Studies have been made in Parkinson’s disease using gene therapy by using adeno-associated viruses to transfer the gene for glutamic acid decarboxylase (GAD), which produces γ-aminobutyric acid (GABA) from glutamate. It has been seen that the production of GABA enhances motor ratings in patients with advances stages of Parkinson’s disease. Likewise, the transfer of L-amino acid aromatic decarboxylase, which transforms levodopa into dopamine, is also another strategy studied as a possible treatment to promote clinical improvement in these patients. For the approach towards Alzheimer’s disease, which is characterized by the accumulation in the brain of aberrant β-amyloid protein plaques, nanocomplexes have been developed using the CRISPR/Cas9 gene editing technique to alleviate the disease symptoms.

The pathologies that have historically been associated to gene therapy have been hereditary disorders, perhaps because this was the first application in which the treatment in patients was assessed with gene therapy. Severe combined immunodeficiency is an autosomal recessive disorder caused by adenosine deaminase deficiency (ADA). Gene therapy treatment is based in an ex vivo technique which consists in the procurement of hematopoietic stem cells from the patients (cells that have the capacity to generate any type of blood cells) and introduce a normal copy of the ADA gene through a viral vector and transfer  the cells back to the patient..

Cystic fibrosis is an autosomal recessive inherited disorder due to a mutation in the CF gene, which codes the CFTR protein (transmembrane conductance regulator) that affects the exocrine glands. The gene therapy designed for the treatment of this pathology is based on adenoviral vectors which transport a copy of the normal gene to the epithelial cells of the lung. The use of liposomes as vectors has also been experimented. The development of these therapies for the treatment of cystic fibrosis is still in its early experimental stages but is an example of the wide range of applications for gene therapy.

The development of gene therapy has been exponential in the last 30 years to the present day, where some medications are already marketed, and other developments are found in advanced studies. One of the primary challenges of gene therapy since the beginning has been its high cost, especially in the context of rare diseases where the number of patients to be treated is always low. In the last years the development of immunotherapy based on gene therapy for the treatment of cancer has opened a new wide range of possible clinical applications beyond genetic disorders or rare diseases (Figure 2).

The development of gene therapy is one of the great milestones of modern medicine since it allows the manipulation of the individual’s genome making possible the transfer of genetic information with revealing therapeutic applications in patients that lack other alternatives or with less effective alternatives. Gene therapy is able to cover clinical applications that range from the treatment of rare hereditary diseases to most common infectious or degenerative diseases, as well as for the treatment of cancer.

This article was originally published in Spanish in the magazine Farmabiotec 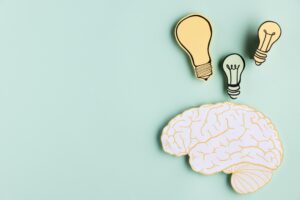 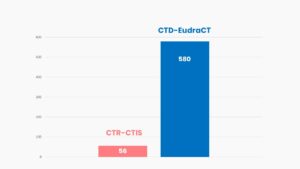 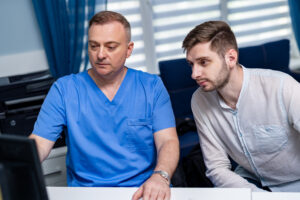 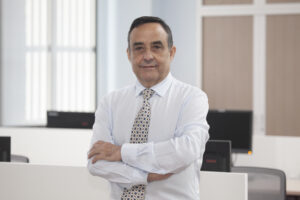 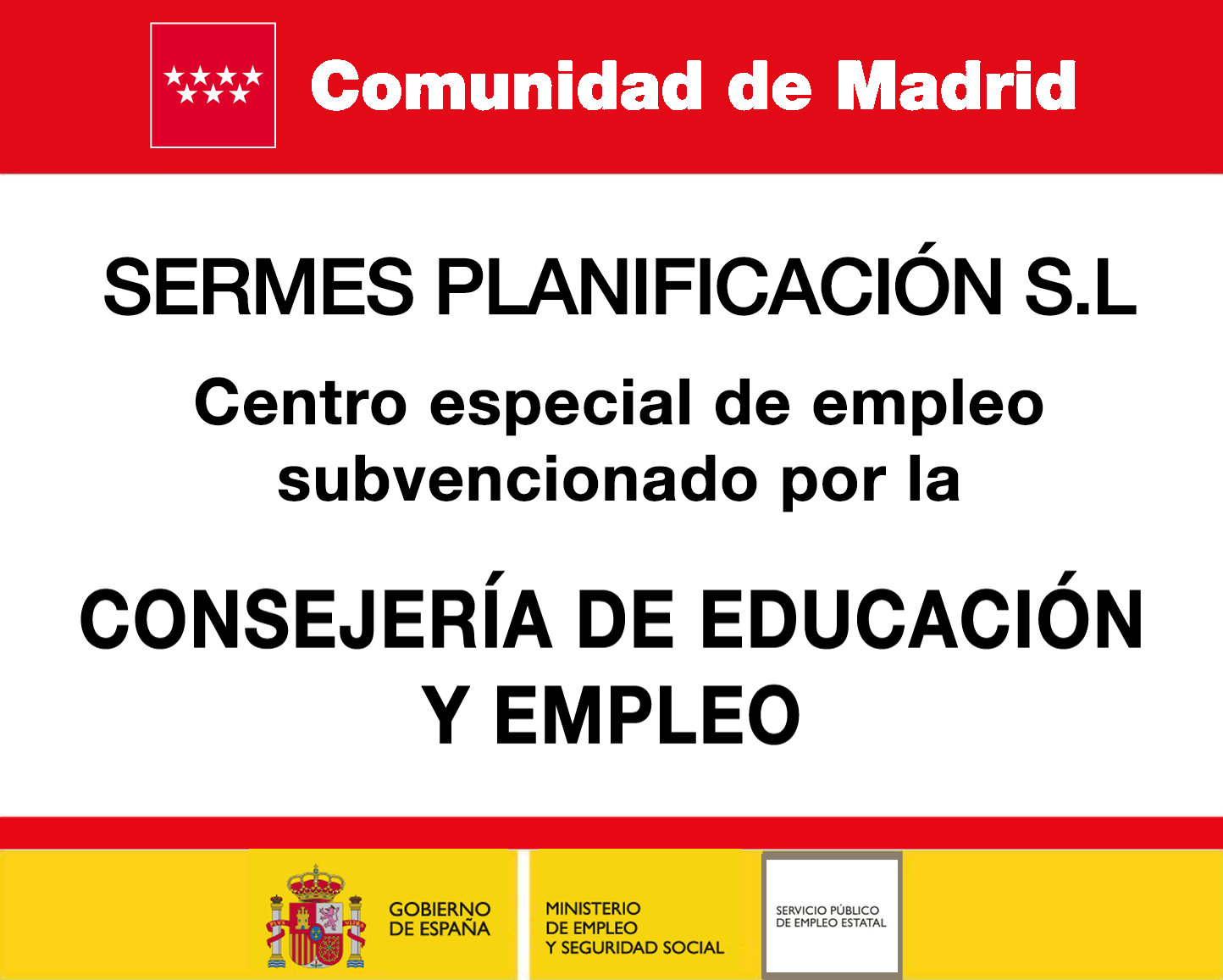